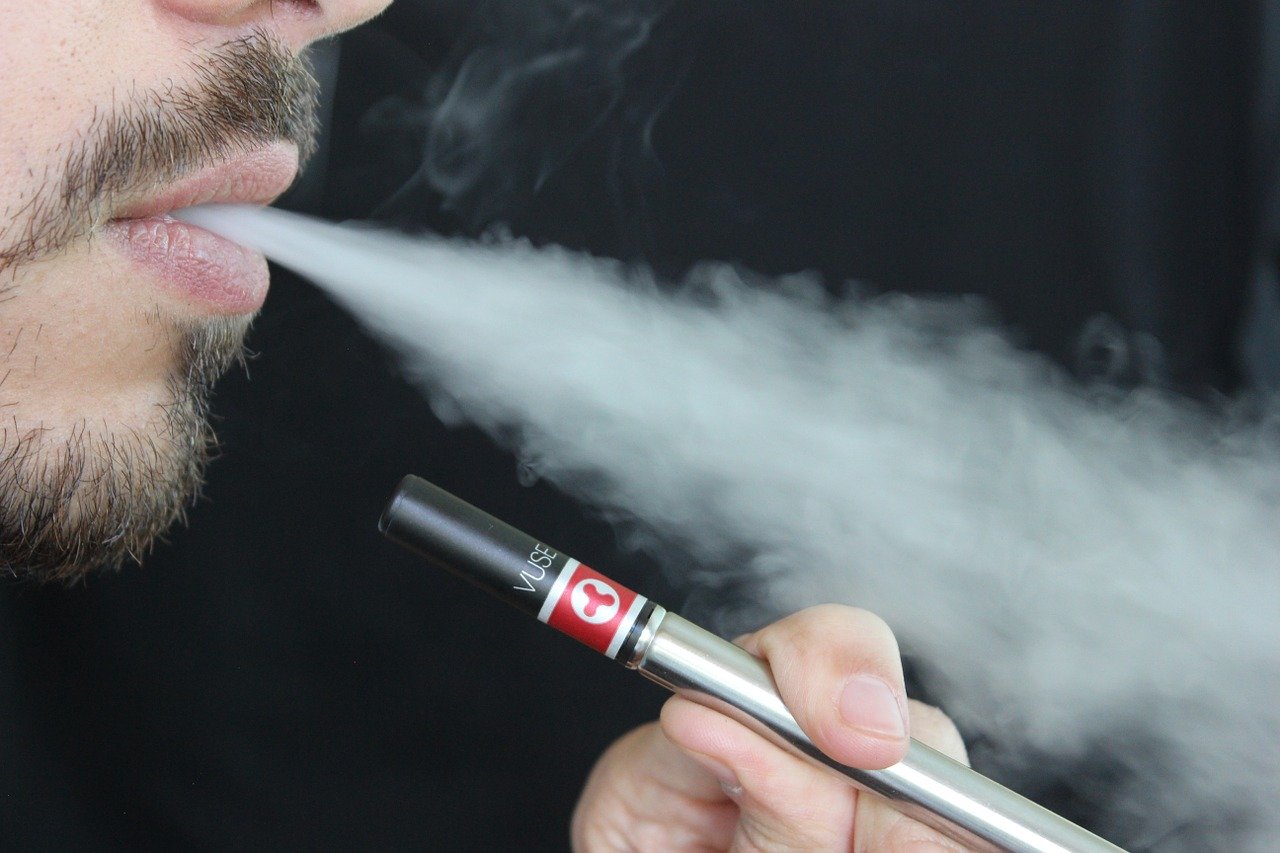 As one of the nation’s leading organizations dedicated to improving public health, the American Heart Association (AHA) has a long history of supporting lifesaving research and advocating for positive lifestyle changes. Over the course of its nearly 100-year history, the group’s advocacy work has focused on several areas, including the importance of regular exercise and a healthy diet and the dangers of tobacco. The AHA’s role in strengthening tobacco oversight led to the passage of the Family Smoking Prevention and Tobacco Control Act, which enhanced tobacco regulation and curbed the use of misleading tobacco advertisements.

With the rising popularity of vaping, the Association has redirected its focus in recent years to highlight the dangers that e-cigarettes and other vape products pose to public health, particularly the health of young people. As part of this work, the AHA recently launched the End the Lies Youth Vaping and Nicotine Research Initiative, a $20-million effort exploring nicotine’s effect on youth health.

The Association is also partnering with other groups to strengthen vaping laws and regulations in order to prevent underage users from obtaining nicotine products. Keep reading to get a closer look at vaping’s effect on one’s health and what the AHA is doing to prevent nicotine addiction.

Vaping and Your Health

While e-cigarettes have been marketed as a healthy alternative to traditional tobacco products, the effects of vaping on cardiovascular health are not well understood. The vapors inhaled through e-cigarettes and similar products indeed contain fewer chemicals than traditional tobacco; however, many toxins, metals, and contaminants are still present in e-cigarettes, and most vaping products still contain nicotine, which is a dangerous and highly addictive chemical.

Vape liquids also present a poisoning risk if they are ingested or absorbed through the skin, and recent cases of vaping-related lung diseases and death underscore the importance of bridging the knowledge gap between what is and is not known about vaping. That’s where the AHA’s End the Lies Initiative comes in.

As the name suggests, the End the Lies Youth Vaping and Nicotine Research Initiative is focused on advancing research into how vaping affects physical health. The initiative is aimed at several priority areas, including:

In addition, the End the Lies Initiative will direct funding toward research into youth nicotine addiction treatment. Funding will also be used to examine how legislative policies can reduce vaping among young people.

Advocating for Regulation and Oversight

Through a partnership with Kaiser Permanente and the Preventing Youth Nicotine Addiction Policy Fund, the AHA is advocating for stronger vaping laws and regulations on the local, state, and national levels. Policy efforts are focused on including e-cigarettes in smoke-free laws and restricting tobacco sales to those 21 years and older, a policy that is currently in place in 19 states and Washington, DC. Other policy priorities include raising tax rates on e-cigarettes and prohibiting vape-related marketed directed at young people.

In addition to ensuring that lawmakers do their part in the fight against nicotine addiction, the AHA is using its End the Lies Initiative to call out e-cigarette companies for their false claims and manipulative marketing tactics. These marketing tactics have contributed to a significant increase in vaping among youth. In fact, recent statistics show a steady increase in vaping among high school and middle school students since 2016. Today, it’s estimated that more than 5 million teens use vape products.

A key tool the AHA is using to tackle false industry claims is its website Quitlying.org. Launched in early 2020, the site features vaping facts versus lies, as well as other educational information. Teachers can turn to the site for a variety learning resources, including lesson plans, infographics, and fact sheets. Quitlying.org also provides links to vaping resources for parents, health professionals, and youth.

Along with providing vaping education, Quitlying.org serves as a community engagement platform that encourages young people to raise awareness of the dangers associated with e-cigarettes. On the site, users can access memes and tips for spreading the word about vaping on social media. Users can also take action by signing a letter telling vaping companies to stop lying and encouraging members of US Congress to enact policies protecting youth.

Additionally, Quitlying.org keeps young people informed of in-person events held as part of the #QuitLying campaign. Throughout early 2020, young people across the country held activities in partnership with schools and other community organizations. Youth activists have also established school and community forums to engage their peers in the vaping conversation.

More information about the AHA’s efforts to curb nicotine use is available at www.heart.org.

The American Heart Association’s (AHA) efforts to save lives go far beyond its activities to educate the public about heart attack, stroke, and other cardiovascular issues. Since its inception nearly a century ago, the AHA has focused much of its work on researching methods for treating and preventing heart disease, which is now the leading cause of death in the United States.

With the help of individual supporters, as well as corporate and nonprofit partners, the AHA has invested more than $4.1 billion in various research projects and initiatives. Today, the organization oversees one of the nation’s largest and most trusted research programs in the areas of heart and brain health. Read on for a closer look at recent news from the AHA research network.

Although many heart attack survivors worry about the effects of exercise on their recovering heart, a new study published in the Journal of the American Heart Association links physical activity to improved odds of survival. The study, which examined data on over 22,000 heart attack patients in Sweden, found that those who exercised within the first year of having a heart attack were much less likely to die over the next four years compared to those who remained physically inactive.

According to the study’s findings, while any physical activity was beneficial for patients recovering from a heart attack, those who continued with regular exercise demonstrated the greatest benefit. The AHA and the study’s authors hope that the findings will encourage more heart attack survivors to set aside their concerns about exercising during the immediate recovery period and beyond.

Unconventional Organ Donors Could Help Those Awaiting a Heart Transplant

In the United States, the number of people in need of a heart transplant has risen steadily over the last decade. Today, over 100,000 people are awaiting a transplant. However, a lack of available donor organs threatens their survival. Two separate studies that appeared in the AHA’s journal Circulation: Heart Failure and the Journal of the American Heart Association suggest that expanding the current donor pool may help to save lives.

Specifically, researchers leading the respective studies explored opportunities to expand the donor pool by accepting hearts from obese donors and those who had an active hepatitis C infection at the time of their death. The hearts and other organs from these donor groups are used infrequently in transplants, even though previous studies have shown that they have little negative impact on overall survival rates among transplant recipients. The studies’ authors cite the need for further research, while stating that these types of out-of-the-box strategies may be necessary to meet the growing need for donor hearts.

Although past research has shown an overall decline in the rate of heart attack in the United States, a recent study published in Circulation, the AHA journal, found that heart attacks among patients 35 to 54 years of age have actually increased in recent years. The surprising findings of the study, which were presented at the AHA’s 2018 Scientific Sessions, highlight the need for an increased focus on this age group.

In particular, the study underscores the often-overlooked problem of heart disease among young women, who showed a bigger jump in heart attacks than young men over the same period. The study’s findings pointed to high blood pressure, diabetes, weight issues, and a lack of proper medical intervention as some of the reasons for the recent increase in heart attacks among young people.

Each year, the AHA honors the work of outstanding researchers as part of the activities at its annual Scientific Sessions. In 2018, the researchers who took home awards included Dr. David G. Harrison of the Vanderbilt University School of Medicine for his research on hypertension. Dr. Harrison was awarded the AHA’s Basic Research Prize, which is given for outstanding achievement in basic cardiovascular disease science.

The other 2018 award winners were Dr. William Hiatt, Dr. Gary Gibbons, and Dr. Mary Cushman. They received awards for their work on peripheral artery disease, heart disease among minorities, and the causes of cardiovascular disease, respectively.

In addition to recognizing outstanding researchers, the AHA announced the recipients of $43 million awarded as part of a research initiative into brain health and cognitive impairment. The AHA and The Paul G. Allen Frontiers Group are leading the collaborative funding initiative with support from additional contributors such as the Oskar Fischer Project and the Henrietta B. and Frederick H. Bugher Foundation.

Through the initiative, Fred “Rusty” Gage of the Salk Institute for Biological Studies is receiving $19.2 million to lead an eight-year study examining the cells that drive the aging process. Two more honorees, Tony Wyss-Coray of Stanford and Mukesh Jain of University Hospitals Cleveland Medical Center, will each receive $9.6 million for multi-year cognitive health studies. The three researchers will all launch their projects in early 2019. Additional information about the research initiative and other AHA research news is available at http://www.heart.org.