Alongside an executive leadership team headed by CEO Mike Linnington, Wounded Warrior Project (WWP) operates under the guidance of a 12-member board of directors that provides governance and oversight for the group’s various programs and activities.

Drawing on their diverse backgrounds in military, government, nonprofit, business, and medicine, the board members work together to ensure that WWP is meeting the needs of veterans while gaining the resources required to continue its programs well into the future.

In January 2020, Wounded Warrior strengthened its board by adding three new members with both military and business leadership experience. Keep reading for a brief introduction to the new members and the rest of the WWP board of directors.

A former test pilot and aviation maintenance officer in the US Army, Kathy Hildreth served in the military for over five years before going on to launch a career in the defense industry. Her company, M1 Support Services, carries out complex government support contracts and is dedicated to providing jobs for military veterans. Along with Bill Selman and Ken Hunzeker, Hildreth is among the newest members of the WWP board.

West Point graduate Bill Selman served as an active-duty Army officer for five years and continued his military service in the Army Reserve, eventually retiring as a lieutenant colonel. As a civilian, he has held various leadership positions in finance, sales, engineering, and insurance while supporting various nonprofit groups.

Also a West Point graduate, Ken Hunzeker commanded various Army forces throughout a military career spanning 35 years. After retiring from the military in 2010, he worked for several years in government relations. Hunzeker’s recent accolades include his selection as a 2020 Distinguished Graduate of the US Military Academy.

Lisa Disbrow joined the US Air Force in 1985. Her military career, which spanned over three decades, included work in signals/electronic intelligence and deployments during Operations Desert Storm and Southern Watch. Disbrow’s activities since retiring from the Air Force Reserve in 2008 include serving as the 25th Under Secretary of the US Air Force.

Like many other members of the WWP board of directors, Michael T. Hall has spent his entire adult life in service to his country. As an Army officer, he completed multiple deployments and earned several decorations, including the Bronze Star Medal and Distinguished Service Medal. Hall retired after 34 years of military service and has since worked as a defense consultant, executive coach, and dedicated supporter of several veterans organizations.

Currently a managing director at Deloitte in Washington, DC, Juan Garcia previously served for six years as the Assistant Secretary of the Navy (Manpower and Reserve Affairs). He was appointed to the leadership position after serving active and reserve Navy duty for over 15 years. Alongside his military service, Garcia, who holds a juris doctor and a master in public policy from Harvard, has worked as an attorney and member of the Texas House of Representatives.

Lieutenant General Rick Tryon retired from the Marine Corps in 2014 after nearly four and a half decades of military service. His military career began in 1970 and included leadership assignments in Japan, Iraq, Turkey, and several European countries. In addition to serving on the WWP board of directors and WWP advisory council, Tryon serves as a senior fellow in international leadership at the University of North Florida.

With a professional background focused on government and nonprofit organizational management, Cari DeSantis brings unique expertise to the WWP board of directors, which she joined in 2017. Much of her work has focused on the health and human services sector. Alongside her activities with WWP, DeSantis currently leads a Maryland-based nonprofit that connects people of differing abilities with employment opportunities.

Named one of the Top 100 Women for 2017 by the Daily Record in Maryland, DeSantis is an award-winning author of three books.

Alonzo Smith is an experienced combat veteran with firsthand knowledge of the difficulties faced by the nation’s wounded warriors. During a deployment to Afghanistan, Smith sustained severe wounds that led to several surgeries, prolonged hospital stays, and a long recovery process aided by physical rehabilitation. Following his 33-year military career, he has been dedicated to helping his fellow veterans as a WWP alumnus and board member.

Another West Point graduate, Kathleen Widmer has balanced her professional pursuits in business management and marketing leadership with her activities as an advocate for military veterans. Her work in this area includes serving as co-chair of the Veterans Leadership Council at Johnson & Johnson. Since 2018, Widmer has helped lead the WWP board of directors as vice chair.

Board certified in internal medicine, general surgery, vascular surgery, and critical care surgery, Dr. Jonathan Woodson joined the WWP board of directors in 2016 and now serves as board chair. Outside of his work at WWP, Dr. Woodson has held positions in the Military Health System, including Assistant Secretary of Defense for Health Affairs. He currently serves as a professor of surgery, management, health law, and policy at Boston University Medical Center in addition to serving as Army Reserve Medical Command commanding general.

Like Sergeant Major Alonzo Smith, Lieutenant Colonel Justin Constantine has also overcome wounds received in military combat. After miraculously recovering from a sniper gunshot to the head, he joined WWP and launched a civilian career that has included work as an inspirational speaker and writer on military and leadership issues. For his courage and work with military veterans, WWP awarded him the George C. Lang Award and appointed him to board of directors in 2011. Today, he stands out as the group’s longest-serving member. 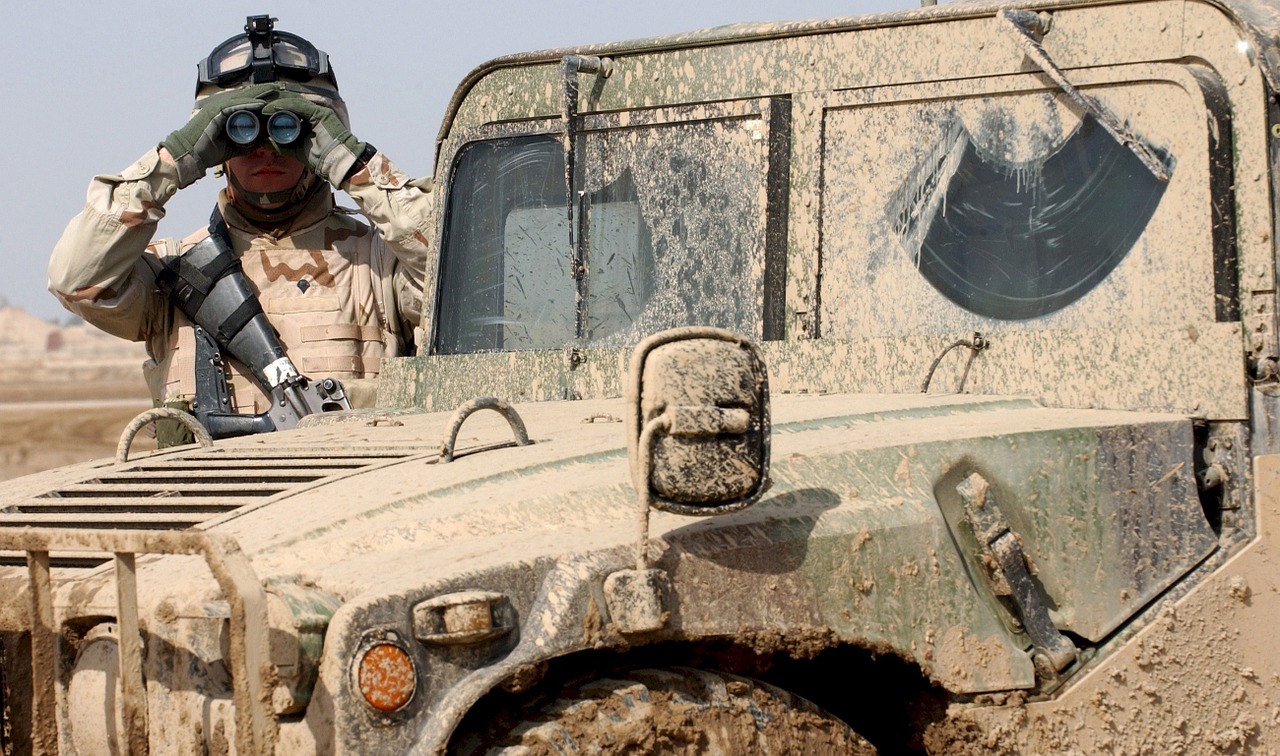 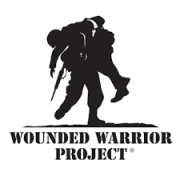 In 2003, the Wounded Warrior Project (WWP) began with an initiative to deliver backpacks to veterans recovering from combat-related injuries at Walter Reed Medical Center in Washington, DC. From those humble beginnings, the organization has grown to become a national leader in providing programs and services designed to help veterans and their families to thrive outside of the military. Following its successes in 2019, WWP has major plans as it moves into the next decade. Read on for a look at the organization’s goals for 2020 and beyond.

With an understanding that all veterans transitioning from the military have their own unique needs, challenges, and goals, WWP provides programs and services that cover areas ranging from physical and mental wellness to education, career guidance, and peer and family support. Other initiatives focus on helping veterans to obtain Veteran Affairs (VA) benefits and gain independence following a moderate-to-severe physical injury or neurological condition.

As part of its efforts to ensure that it is effectively meeting the needs of the individuals and families that it serves, WWP conducts an annual survey that examines key issues facing the military community. In late 2019, the organization released the results of its 10th Annual Warrior Survey, which it will use throughout 2020 to inform and adapt its programming.

An area of concern highlighted in the 2019 survey deals with the ongoing physical and mental trauma of service-related and combat exposure following three or more deployments. Throughout 2020 and beyond, WWP will work closely with the government and other veterans service organizations to raise awareness about this issue and ensure that those affected receive the assistance that they need.

Since its inception, WWP has focused on helping veterans to overcome post-traumatic stress disorder (PTSD), traumatic brain injury (TBI), anxiety, depression, and other mental health conditions. In 2020, the organization will continue to offer services in this area, as more members of the military community reach out for help.

WWP’s mental-health initiatives include its Warrior Care Network, a program that provides intensive outpatient treatment for veterans and their family members at no cost to them. During the 2019 fiscal year, more than 2,100 people benefitted from the network, which is maintained by WWP and four US-based medical centers. Ensuring that this partnership continues to thrive will remain a priority for WWP throughout 2020.

The Wounded Warrior Project will also continue to offer its many other mental health programs, such as rehabilitative workshops and retreats. Another service in this area includes WWP Talk, a free mental health support line that provides nonclinical counseling and guidance for registered WWP members.

Along with its various mental health services, WWP emphasizes the importance of physical activity and support among veterans striving to improve their health. In 2020, WWP members across the United States will take part in numerous activities, including adaptive sports events, fitness challenges, and online wellness seminars.

Additionally, the Wounded Warrior Project will continue providing hands-on assistance through its coaching program, which is designed to help veterans lose weight, increase mobility, and improve their nutritional habits. Other programs and initiatives to watch for in 2020 include Soldier Ride, a cycling event for veterans of all ability levels that has helped thousands of WWP members to overcome physical, mental, and emotional challenges while building camaraderie with other service members.

Regardless of whether they’re dealing with physical or mental health issues, many veterans face financial challenges when transitioning to civilian life. Fortunately, WWP offers financial wellness programs designed to help veterans navigate the VA benefits system, pursue fulfilling careers, and access the benefits that they deserve. In 2019, these services helped WWP members to secure nearly $220 million in collective salaries and benefits.

Going forward, the Wounded Warrior Project will continue to offer career-development assistance with support from local businesses, as well as national corporate partners. This includes Deloitte, which teamed up with WWP in 2019 to operate over 15 employment boot camps in communities across the United States.

In 2020, Deloitte and the Wounded Warrior Project will again partner to offer an additional 15 employment boot camps throughout the year. Over the span of two to three days, each training session will provide 20 to 30 veterans and their family members with instruction on interview skills, resume writing, business etiquette, and other areas related to career development.

Reaching Out for Community Support

As a nonprofit, WWP would not be able to provide any of its life-changing programs and services without the assistance of volunteers and donors. Throughout 2020, the organization will focus on expanding its support network as it works to improve and extend the reach of its offerings.

Those looking to help WWP attain its goals can do so by making a one-time financial contribution or by setting up a recurring donation. People can also become involved by hosting a fundraiser or participating in WWP events, such as the Carry Forward 5K. In 2020, the Wounded Warrior Project will host Carry Forward events in California, Tennessee, Texas, Pennsylvania, and Florida. More information is available at WoundedWarriorProject.org.