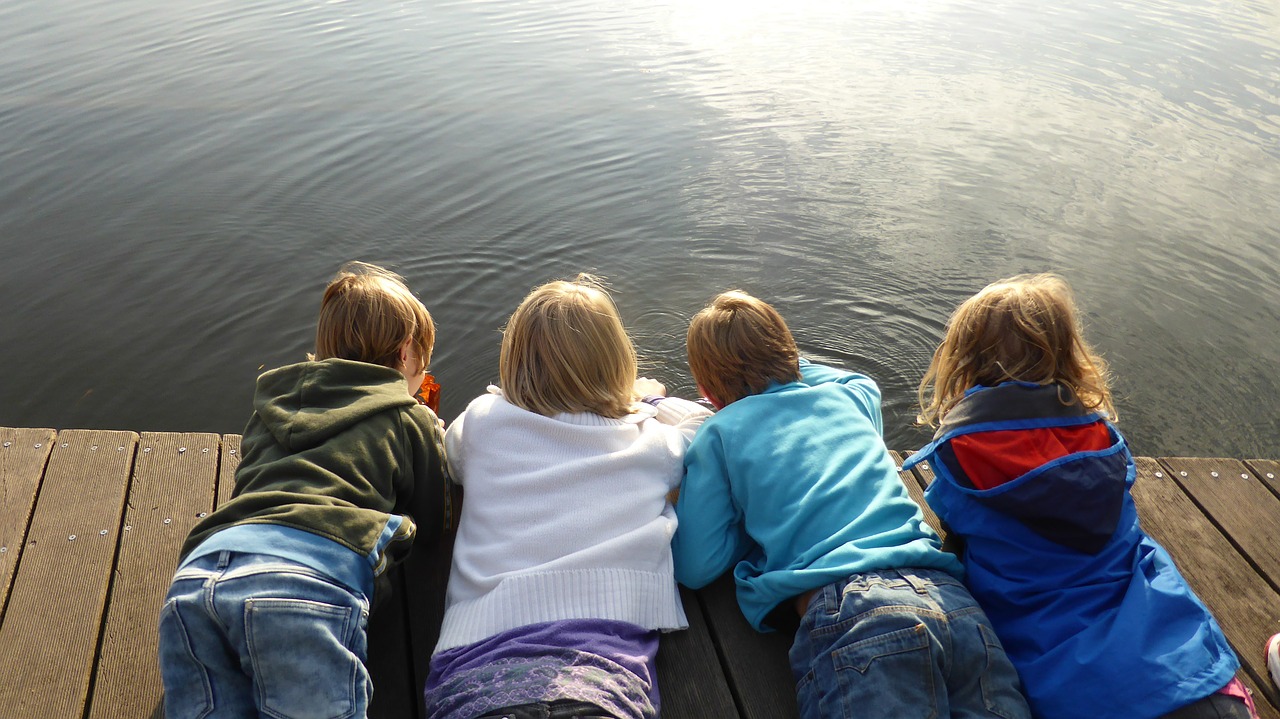 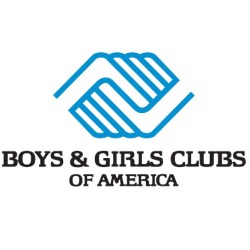 Over the course of its 150-plus-year history, Boys and Girls Clubs of America (BGCA) has built a full suite of programs designed to help kids and teens excel in school and lead healthy, productive lives. With more than 4,600 Clubs in US cities and military installations worldwide, the organization offers programs in various areas, including education, health and wellness, sports, and the arts. A core focus of BGCA’s work is on instilling character and leadership skills among its 4.7 million members.

BGCA’s efforts to create 21st-century leaders have been very successful. In fact, 75 percent of its regular members report having volunteered in their communities at least once in the previous year. Meanwhile, 41 percent of Club youth report volunteering at least once per month. In addition to volunteering their time, BGCA members demonstrate good character through their willingness to stand up for what is right while ensuring that those around them feel important.

The ultimate goal of BGCA’s character and leadership programs is to help youth become caring and responsible citizens with the decision-making and planning skills needed to contribute positively to their local Club and greater communities. Read on to learn more about these impactful programs and initiatives.

their communities. Under the guidance of an adult supervisor, youth engage in activities aimed at academic success and career preparation. 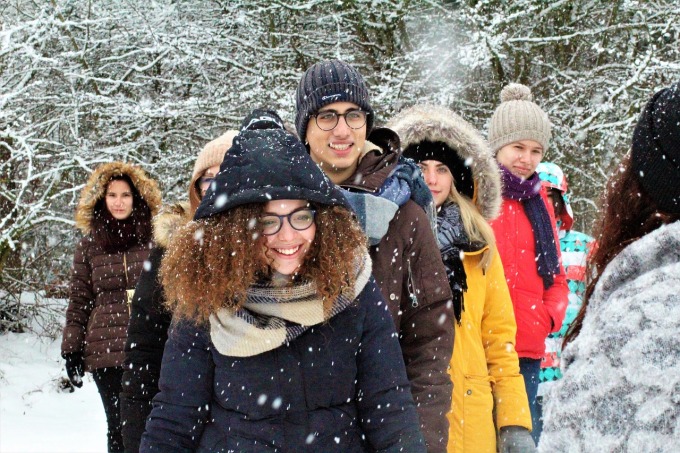 Along with after-school activities, Keystone Club members participate in the BGCA-hosted National Keystone Conference. This annual multi-day event brings teen leaders and adult advisors from across the country together for activities focused on various social issues. More than 1,500 people took part in the 2019 Keystone Conference, which covered a range of topics, including school violence, mental health, and gender identity.

As its name suggests, Million Members, Million Hours of Service (MMMHS) is a BGCA initiative that aims to engage 1 million Club members in 1 million hours of community service each year. In addition to helping Club youth become more productive, service-oriented citizens, MMMHS benefits participants by promoting positive relationships and assisting them in avoiding risky behavior. Studies have also shown that youth who engage in service perform better academically and are less likely to drop out of high school.

The list of BGCA partners that have supported MMMHS includes the Citi Foundation, a group that backed past signature service events such as United We Serve: Summer of Service. BGCA continues to host service activities as part of MMMHS, but Club members are encouraged to host their own service projects throughout the year.

Referred to as “the club within the Club,” Torch Club was created to help adolescents ages 11 to 13 develop leadership skills as well as good character and integrity. Boys and girls who participate in local Torch Club programs elect leadership officers and work together to organize and implement various activities. These activities focus on service to Club and community, health and fitness, social recreation, and education. Torch Club members across the country are also invited to engage in a service-learning experience as part of the annual National Torch Club Project. 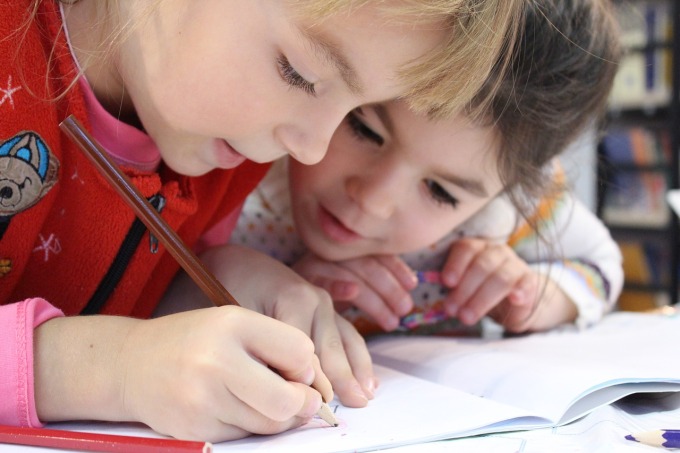 Youth of the Year

Since its beginnings as a grassroots initiative in the late 1940s, Youth of the Year has grown to become BGCA’s signature leadership development program. To become the Youth of the Year, a Club teen must advance through local, state, and regional events. Winners are chosen because they exemplify the BGCA mission and showcase the organization’s ability to help youth reach their full potential as responsible, productive, and caring citizens.

In addition to selecting one exceptional Club member as the National Youth of the Year, Boys and Girls Clubs nationwide involve more members in the program as part of its Youth of the Month component. Meanwhile, younger Club members ages 11 to 13 are recognized through the Junior Youth of the Year program.

In 2019, six outstanding young men and women were chosen as finalists for National Youth of the Year. The award was ultimately given to Sabrina M., a Barnard College freshman who has been a Boys and Girls Clubs of San Francisco member for over 12 years. She was honored during a special gala and celebration dinner in Washington, DC, and will now serve as the national teen spokesperson for Club youth.

Laughter and tears are both responses to frustration and exhaustion. I myself prefer to laugh, since there is less cleaning do to do afterward.

In 1957, the Purple Heart Foundation was established as the fundraising arm of the Military Order of the Purple Heart (MOPH), a congressionally chartered veterans organization comprising a membership body of Purple Heart recipients. Today, the Foundation and MOPH continue to oversee and support a range of programs that help veterans recover and prosper following military service.

To gain a better appreciation of these two organizations and the decorated military members they serve, take a look at these 10 facts about the Purple Heart medal:

While it took many more years to evolve into its current look and name, the Purple Heart has a history dating back to the 1780s. Its predecessor, the Badge of Military Merit, was established by President George Washington in 1782. After the medal fell into disuse, General Douglas MacArthur led efforts to revive the honor in the early 1930s, creating the modern-day Purple Heart. 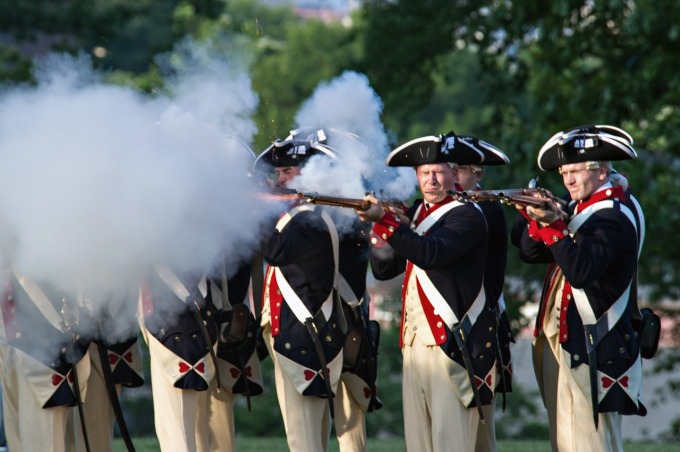 Elijah Churchill and William Brown of the Continental Army are most commonly credited as being the first Purple Heart recipients. Of course, the two soldiers received the honor under its original title, the Badge of Military Merit. The first modern-day Purple Heart was awarded to the man who helped create it, General Douglas MacArthur.

Prior to the establishment of the Purple Heart’s predecessor, military honors were typically reserved for officers credited with significant victories in battle. President Washington created the Badge of Military Merit specifically to honor the outstanding service of enlisted soldiers and noncommissioned officers among his troops.

In its long history, the Purple Heart has been awarded to four-legged recipients. During WWI, a dog named Stubby was awarded two Purple Hearts for his actions with the 102nd Infantry Regiment. A horse named Reckless also received the honor twice for wounds she incurred during the Korean War. Military service animals aren’t currently eligible for the Purple Heart, however. 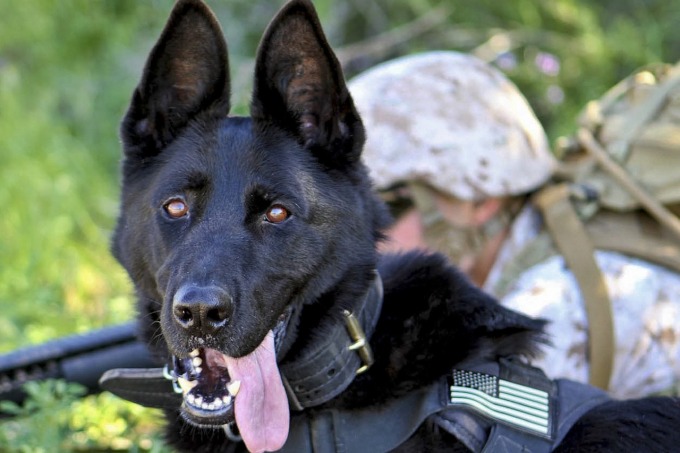 Over the years, the Purple Heart has been bestowed upon many people who are well-known for their civilian achievements. This includes politicians such as John Kerry and John McCain, writers and filmmakers such as Kurt Vonnegut and Oliver Stone, and actors such as Charles Bronson and James Garner.

Politicians at all levels of government are among the list of Purple Heart recipients. However, the list of US presidents who have earned the honor contains only one individual: John F. Kennedy.

As a Navy reserve lieutenant during WWII, Kennedy was injured during a boat collision near the Solomon Islands. Despite the injury to his back, he managed to swim to shore and save another soldier. In addition to the Purple Heart, Kennedy was awarded the Navy and Marine Corps Medal for this act.

John F. Kennedy is among a large group of over 1 million people who earned the Purple Heart for their actions during WWII. In total, 1.07 million of the medals were awarded during the war, which is more than all that were awarded in all other 20th-century conflicts combined.

Today, the Purple Heart medal is only awarded to military personnel who are injured or killed during a hostile encounter with enemy forces, but this wasn’t always the case. Originally, the honor could be bestowed on anyone who provided a “meritorious act of extraordinary fidelity” during military action, regardless of whether or not they were injured. 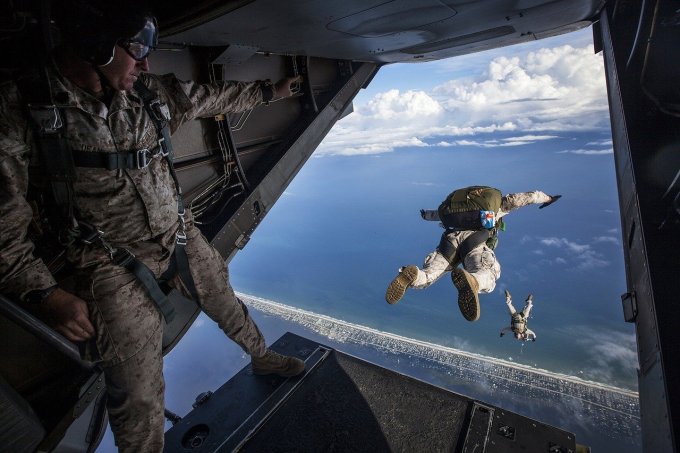 Although a number of service members have earned more than one Purple Heart, the record for the most Purple Hearts in US military history belongs to Curry T. Haynes. During the Vietnam War, the member of the 173rd Airborne Brigade of the 503rd Army Infantry received a series of injuries that later earned him 10 Purple Hearts. Haynes’ injuries occurred as the result of gunfire, grenades, and a B-40 rocket.

On August 7, government agencies, current and former service members, veterans’ organizations, and other groups come together to take part in National Purple Heart Day, which was first observed in 2014. This special day of observance gives people the opportunity to recognize the sacrifices of the men and women who have been injured or killed while serving their country. Ways to get involved include attending an event or donating to groups such as the Purple Heart Foundation.